Smart Parks has established the first Smart Park in Namibia, creating new opportunities to monitor the fragile desert-adapted lion population. The project was conducted in collaboration with Desert Lion Conservation and the Dutch IT-company CARE.

With an estimated population of 150, so-called desert lions are under a constant threat of extinction. Not only does the top-predator need to survive in extreme desert conditions, but it is also often poisoned or shot by farmers who feel the need to protect their livestock. As many prey species are disappearing due to habitat loss and increase in agriculture, the lions have to travel longer distances and into populated areas to find food. This search for prey is causing an increase of human-wildlife conflicts and it is currently the primary cause of death. 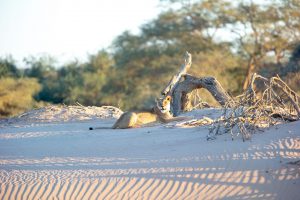 The new Smart Parks network allows the founder of Desert Lion Conservation, Philip Stander, to provide the lions with a GPS LoRaWAN tracker to monitor their movements 24/7 if needed. As long as the authorities know where the lions are, rangers, communities or farmers can be warned before a potentially threatening situation and precautionary measures can take place. Another benefit of using the LoRaWAN communication protocol means that a network can cover the vast habitat of the desert lions with only a few gateways, making it an affordable solution to improve the protection of these icons. 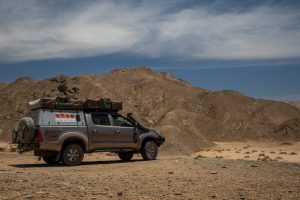 Picture: the team cruising through the desert

And the need to protect this vulnerable species is unmistakable. Lions are always a major attraction anywhere in Africa. Still, factor in the inhospitable terrain of dunes, gravel plains and barren mountains of the arid Namib Desert and the elusive nature of these big cats, somehow eking out a living between the dunes and the sea, and you have a creature that is truly unique to the natural world.

Once a full network is in place, the technology will allow other stakeholders to benefit as well. For example, one gateway can handle thousands of sensors meaning other conservationists can monitor other species, and tour operators can monitor their vehicles or tourist movement in the area. 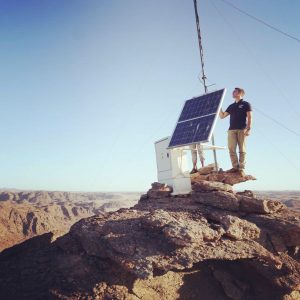 Picture: Our first gateway deployment on the highest point in a very remote Namibia desert

Our first gateways were installed near the Hoanib Skeleton Coast Camp and at the research station of Mowe Bay. In the coming months, Philip Stander and his crew will trial several tracking sensors to see which ones benefit their work the most. In 2020 Smart Parks will return to the Namib desert to roll out a bigger network for the protection of the magnificent desert lions. 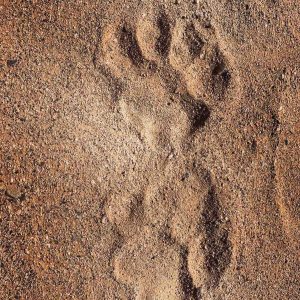 A special thanks goes to Wilderness Safaris and its staff for providing much-needed assistance during our operation in Namibia.