Skip to content
Home/Artificial intelligence in wildlife conservation
Previous Next

We would like to share some valuable insights about artificial intelligence (AI) which is now used to monitor and protect wildlife. At Smart Parks we are always on the lookout of new technologies and developments in the field that can contribute in the conservation of our precious wildlife. So now, take a moment to picture some of the wildest places on our planet: sprawling savannahs dotted with watering holes visited by every animal from antelopes to zebras, dense and foggy rainforests rife chirping insects, singing birds, and howling monkeys, and deep blue seas that reach down to the deepest parts of the earth. Historically, conservationists would have to travel wide distances and spend hours in the field in order to study and monitor the biodiversity of these biomes.

However, with the recent explosion of different applications of artificial intelligence (AI) technology, these conservation efforts are now much more thorough and efficient. Efforts to apply AI technology to the farthest reaches of the natural world have also increased significantly with the advent of cheaper, more efficient, and more powerful hardware. At a very high level, AI is a way you can teach a computer to complete a task humans would usually do when given a very large dataset. The computer takes the data and learns the patterns of the data in order to predict, classify, or modify any subsequent input. We are thrilled! 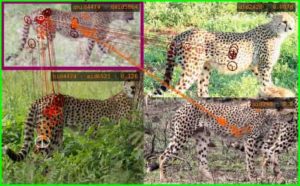 Conservationists have long used camera traps to help them track, monitor, and better understand the ecosystem’s health and biodiversity of wildlife in remote areas. Historically, these traps are set up and left for weeks on end where they flash a picture whenever an animal walks by.

Now, AI is being used to classify these animals in real time, to detect people where they shouldn’t be, and even to identify individual animals! 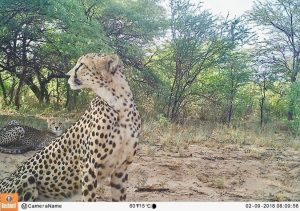 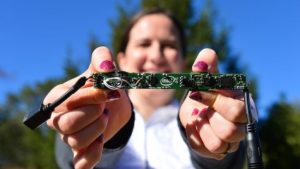 RESOLVE’s TrailGuard AI is used to detect people where they shouldn’t be, namely illegal poachers. Once spotted, the technology reports this to rangers who then report to the area where the poacher was spotted. Their website states that they have arrested 30 poachers and seized 1,300 pounds of illegal goods using their technology.

Another application of AI to conservation is sound monitoring. Much like the applications of computer vision, acoustic monitoring technology can run AI algorithms both on the edge and on the collected data. There are many organizations that leave recorders in the wilderness to listen for both very specific animals or species (bats, birds, etc.) and also to listen to the sounds of the wildlife in general. These acoustic sensors can pickup on everything going on around it, including the sounds of chainsaws, gunshots, and motor vehicles. 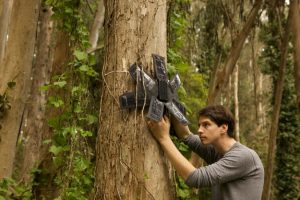 Other organizations like Sensing Clues and Open Acoustic Devices use their own technologies, OpenEars and AudioMoth respectively, to work on similar applications. The application of AI is used to detect and classify chunks of audio recordings. This could be used to classify a certain animal or to listen for gunshots. At the moment, most applications are tied to monitoring wildlife or reducing illegal activities including poaching and logging. So far, both companies have proven that their technologies work at accomplishing the goals they set out to complete. However, with technology this new, results and applications can be further improved and expanded upon. 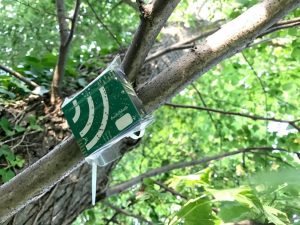 Another application of AI to conservation is using it to predict where poachers may enter parks. One group working on a project to better allocate park ranger presence throughout the park is PAWS, a collaborative effort started at the University of Southern California. PAWS aims to predict where poachers are most likely to lay snares or enter the park, and using AI and game-theory, it outputs a ranger patrol schedule that both randomizes where the rangers monitor at the same time as sending them to the areas that are most likely to have evidence of poaching.

One of the most common forms of poaching is passive poaching, where traps and snares are laid out waiting to ensnare unsuspecting wildlife. In the first month of deployment in Cambodia, PAWS helped rangers find and confiscate 1000 snares, twice the amount they usually confiscate. In addition to these snares, they also confiscated 42 chainsaws, 24 motorbikes, and a truck.

There has been an increase in tracking animals migratory patterns using GPS trackers. Here, AI algorithms can learn and predict an animals’ migratory pattern in order to learn how to best conserve their habitats. Understanding where and animal travels, conservationists can better manage land and resources for these animals. Reading this, we are thrilled that Smart Parks and African Parks have successfully implanted the first GPS LoRaWAN™enabled transmitters into the horns of two eastern black rhinos at Liwonde National Parks in Malawi. Let’s get the technology rolling and we are a step closer in making sure wildlife is protected for life. 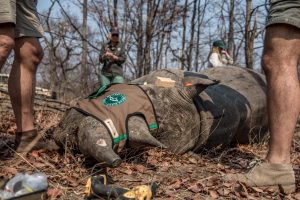 A big shout out goes to Jackson Eilers, our intern from Stanford University, who made a massive contribution to this article.