Utrecht, November 2020 – For the first time a reinforced GPS-LoRaWAN® collar has successfully been placed on a European bison. The high-tech collar makes it possible to follow the largest terrestrial mammal of Europe almost in real-time. This information is very valuable for science and nature conservation. 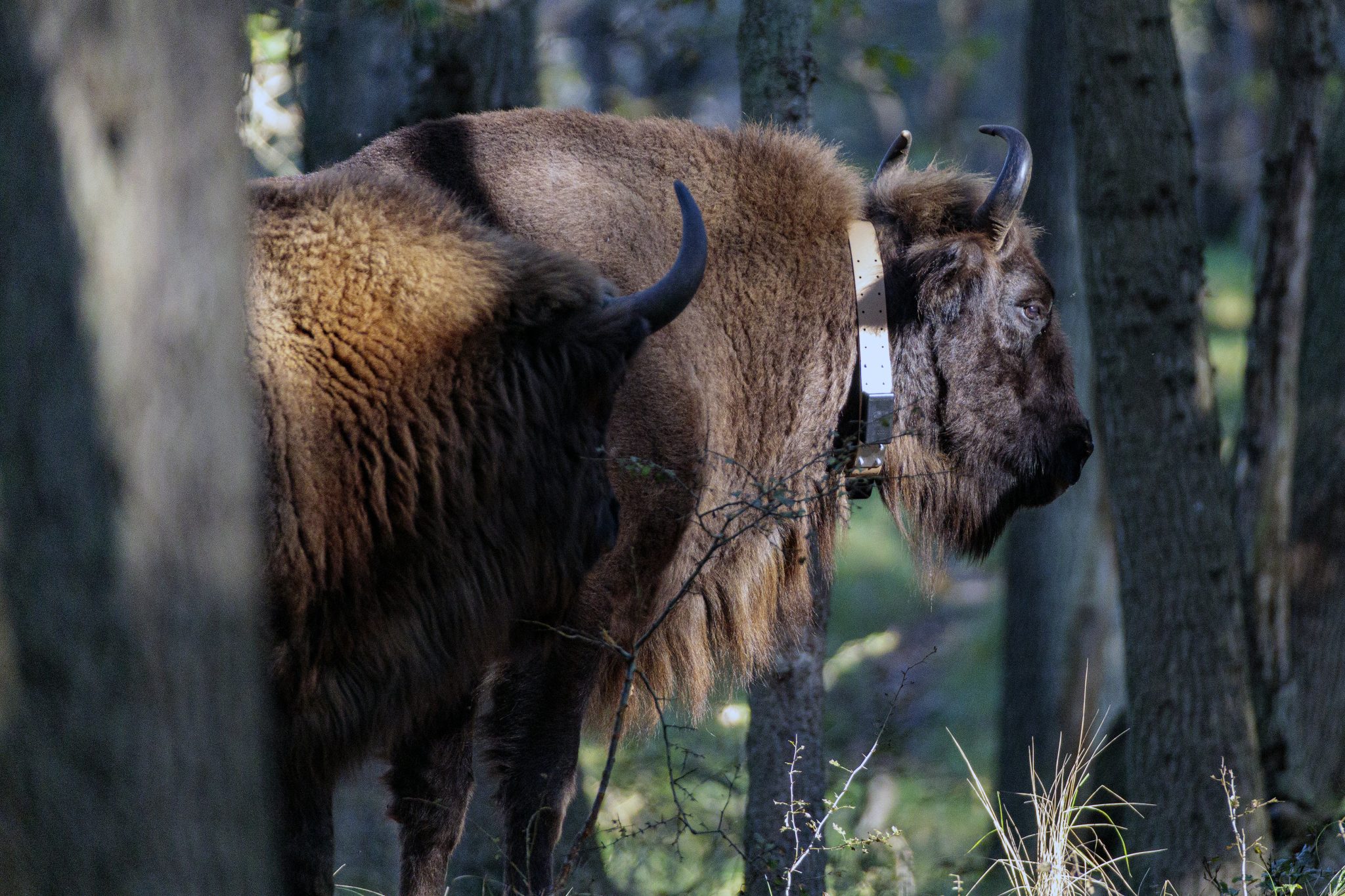 Detailed data for a healthy ecosystem

Since the arrival of the European bison in Kraansvlak, part of Nationaal Park Zuid-Kennemerland (NH), GPS collars have been used to track the movements of bison and other large herbivores, such as Scottish highland cattle and konik horses. Wildlife tracking systems are valuable tools that help to gain knowledge about the behaviour and habitat selection of the different species, as well as to facilitate the management of these animals and the ecosystems in which they live. By knowing how different species move and use nature, PWN can explore the different roles that species play in maintaining a healthy ecosystem.

Esther Rodriguez (grazing advisor, PWN): “PWN embraces innovation and new smart technologies that can contribute to improving the quality of the dunes. Bison, cattle and horses play a driving role in the ecosystem and it is therefore essential to keep building knowledge about how they use the dunes. The dynamic nature of the dunes, in the light of climate change, makes this research theme interesting for the long term.”

The biggest of them all: The GPS- LoRaWAN® Bison collar

As the largest terrestrial mammal of Europe, European bison must be equipped with reinforced collars to prevent them from breaking when the strong animals rub against trees. After months of work, the organisation Smart Parks has succeeded in designing and manufacturing a GPS-LoRa collar that can withstand the force of a European bison. The first collar has recently been successfully placed on one of the adult females of the herd in Kraansvlak.

Smart Parks co-founder Tim van Dam explains: “This is a breakthrough moment to make more reliable, smart and affordable trackers available for research and conservation. This collar paves the way for our next WisentEdge series, which will have onboard machine learning capabilities, allowing the collar to detect human presence or other relevant events.” 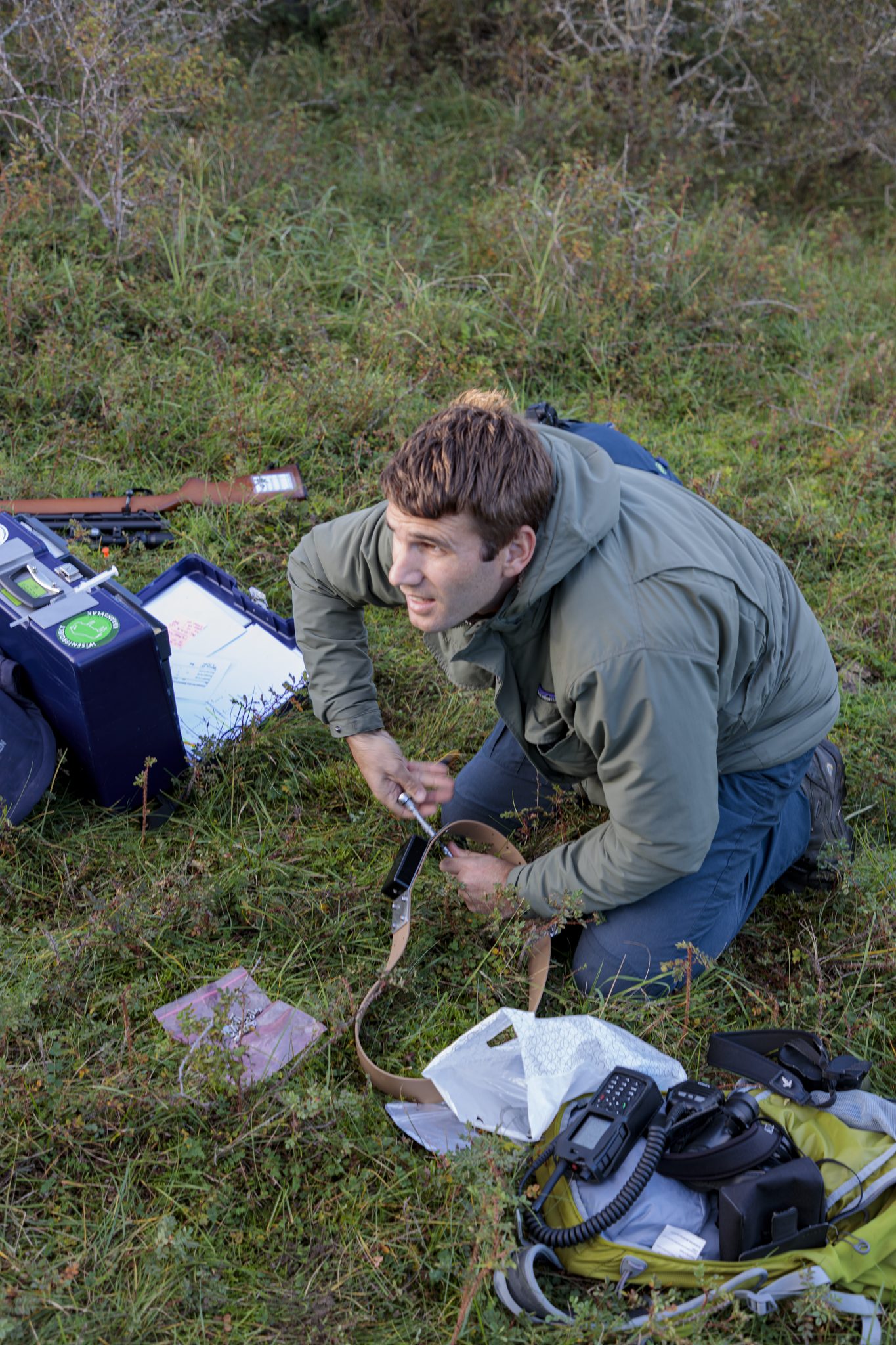 New technologies, such as wireless network LoRaWAN® and GPS-sensor technologies, have led to tracking systems with lower power consumption and thus longer battery life. This makes the sensors especially suitable for tracking wildlife by minimizing intervention and their disturbance. After the establishment of a local LoRaWAN®-network, Scottish highland cattle were tagged with new GPS-LoRaWAN® collars to test the suitability of this technology in real life. Initial analyses by Utrecht University students of the accuracy and viability of these new sensors suggested that they are a promising replacement for the older tracking systems.

Joris Cromsigt (Associate Professor, UU): “These new collars have the potential to revolutionize our understanding of animal movement and behaviour, as they should enable us to follow individuals for a much longer period of time, but also to track many more individuals compared to the traditional GPS collars. With this initiative, we now also hope to further develop the technology to track interactions between wildlife and humans.”

The technology offers important applications to minimize human-wildlife conflicts in an increasingly densely populated world. In Africa the sensors have proven their value in detecting and reducing poaching activities. In the Netherlands new insights can help us to improve the coexistence of humans and wildlife on such a small piece of land. This is a theme of increasing importance with the comeback of wildlife species such as the European bison, wolf and golden jackal.

In addition to being more efficient in energy use and having a much lower price, the Smart Parks system offers the possibility to collect more information about these animals by adding extra sensors like temperature-sensors, sound-sensors and activity-sensors.

The positions of the new collar will soon be available for visitors at wisenten.nl/en/where-are-they. This increases the chance of spotting the herd from the Bison trail or other recommended places around the bison area in Kraansvlak. 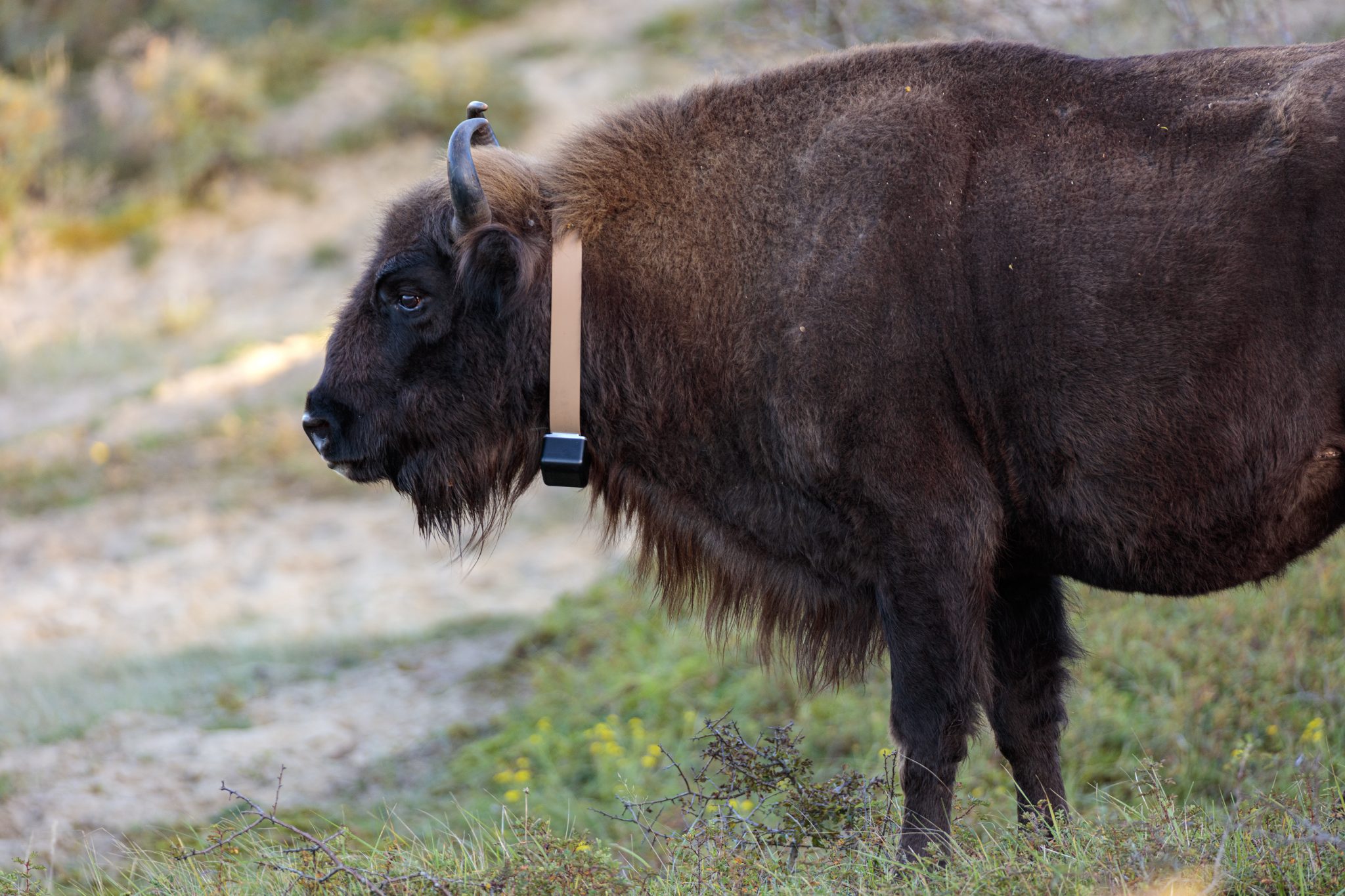 The Smart Parks network in Zuid-Kennemerland is the result of a collaboration between PWN, Utrecht University (Copernicus Institute of Sustainable Development) and Smart Parks. Camping De Lakens and Circuit Zandvoort have contributed to the construction of the network. The Cor Wit Fund is the main character of the research and development behind the Wisent and WisentEdge tracking devices to improve quality of life.