Greater protection for Zambia’s orphaned elephants and other vulnerable species

In the first phase, masts were erected on islands across Lake Itezhi-tezhi and affixed with Cisco networking equipment and FLIR thermal cameras which sent video of fishing activity back to a new operations control center. This data was monitored and analyzed by trained staff who communicated findings to the field rangers, in real time, who could then intercept illegal activity on the lake. 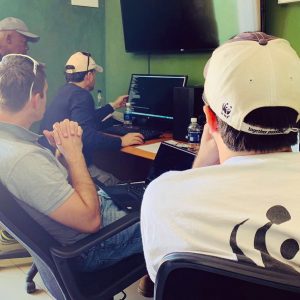 Picture: crew coming together in the control room

Now, as part of the second phase, Smart Parks will be integrating new sensors and LoRa capabilities into the existing Cisco network and help to expand the coverage across key areas of the park, including a protected elephant orphanage. 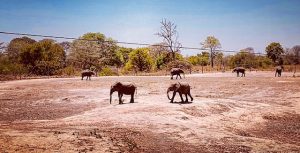 The Greater Kafue Landscape covers approximately 66,000 km2 in Western Zambia and forms an important part of the KAZA Transfrontier Conservation Area.  Roughly the size of Wales, it is home to multiple keystone species, including lion, elephant, cheetah, pangolin and wild dog, to name a few.  Sadly, the landscape is under increasing threat from poaching, land encroachment and illegal timber harvesting.  The situation is not sustainable.  Wildlife and wild spaces could disappear, and local communities may suffer.

Approximately 90% of Lake Itezhi-tezhi lies within the Kafue National Park. The lake is subject to overfishing and climate change impacts. In recent years, water levels have dropped considerably, creating a smaller surface area and increasing pressure on the declining fish stocks. If licensed fishing fails to be monitored and enforced efficiently, it could have unsustainable, vicious impacts. 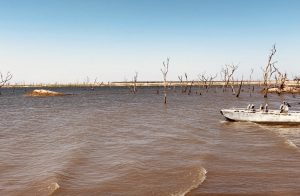 An innovative technical solution strategically places FLIR thermal cameras in several islands around the lake, enabling the DNPW to monitor a virtual boundary across the water. This invisible boundary, enabled by a Cisco LoRaWAN network, also allows marine patrol rangers  to track fishing boats on the water, providing rangers greater insight as to where they should direct their limited  patrol resources.

Soon, Smart Parks will be able to utilize this network to add another layer of enforcement opportunity. The new technology could enable the local municipality to issue fishermen a sensor that is paired to their permit. Once on the lake, authorities will be able to detect whether a fishing vessel is legal or not.  Equally, such sensors can be used to send a distress signal if fishermen run into problems with hippo or crocodiles that inhabit the lake. 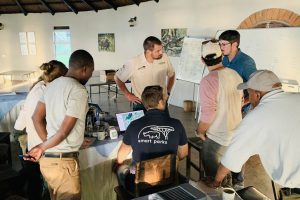 With the current Smart Parks setup, GRI will help run a pilot project determining whether further implementation of tracking sensors on fishing vessels is feasible. GRI hopes to include the community in this effort, and encourage sustainable fishing as a continued food source.

Smart Parks, Cisco and WWF aim to expand the existing network to cover a large expanse of the Elephant Orphanage Project, managed by GRI, specifically the highly trafficked release areas. At present, it is difficult to locate the elephants after they are released into the wild. Often, sensing a food source, they travel in the direction of community farm lands, causing a significant increase in human-wildlife conflict. 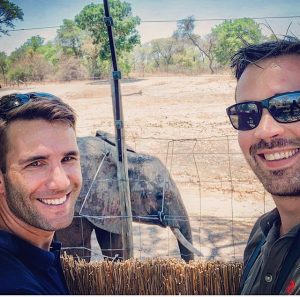 With the conservation support of the DNPW and WWF, the invaluable technology provided by Cisco and FLIR, and the rangers trained by GRI, we can continue to implement technological solutions in and around the Greater Kafue Landscape for the benefit of both wildlife and local communities. We are pleased to announce that in the new year, Smart Parks will also be joining forces with one of our partners, Hack the Planet, to install a new solution to detect illegal intruders in the Kafue Park.

Smart Parks and the Zambian government are also discussing the possibility of tracking black and white rhino in other national parks around Zambia with our new LoRaWAN GPS trackers. 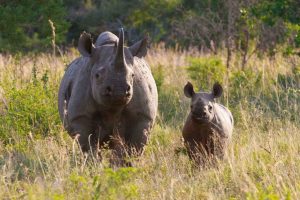 Picture: Black rhino and her calf