Utrecht, April 2022 – Last month the Gonarezhou National Park and Smart Parks teams have realised the first Smart Parks LoRaWAN® system in Zimbabwe. A total of 6 site installations were built to create LoRaWAN® coverage in one of Africa’s last great wildernesses. 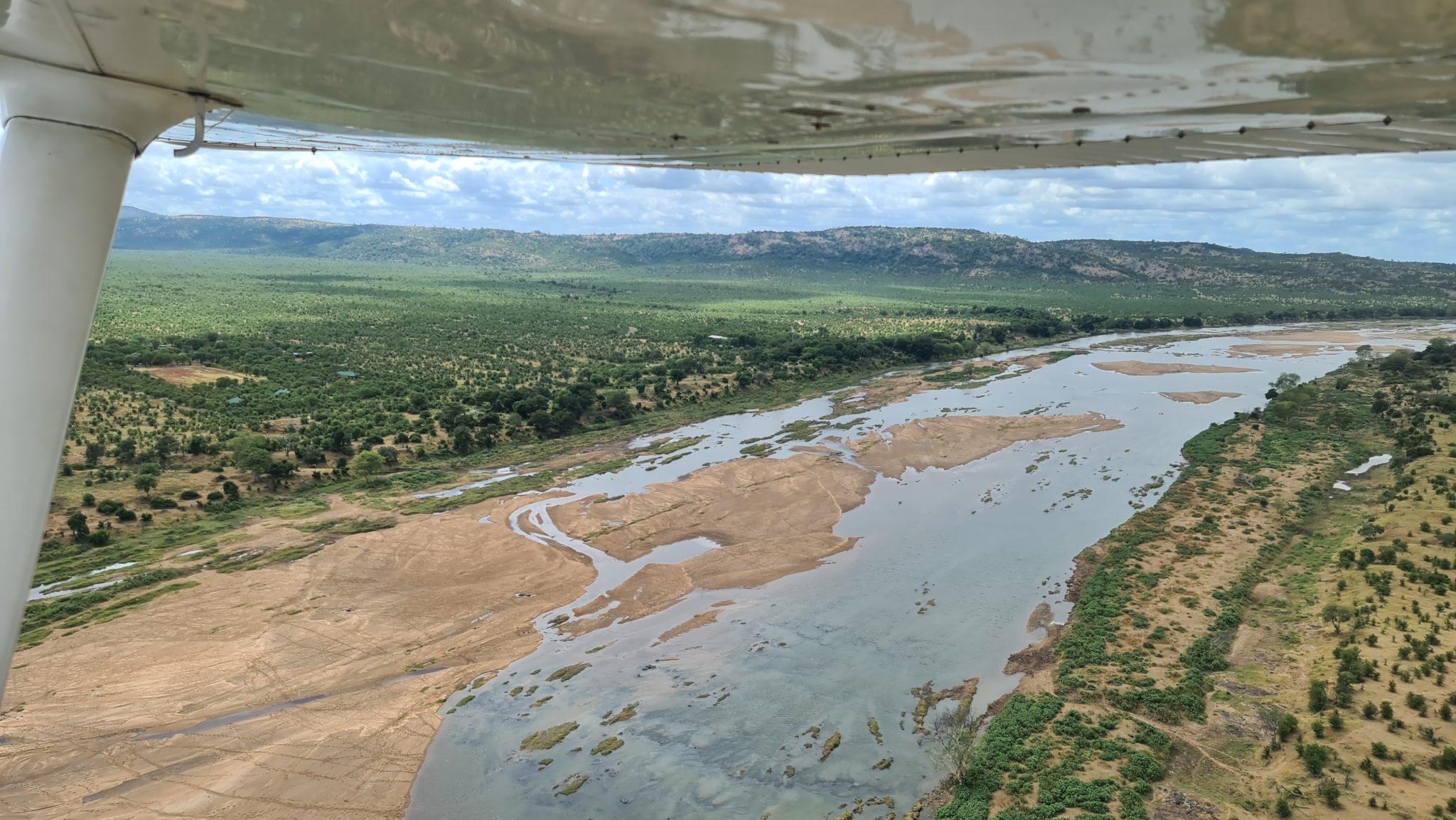 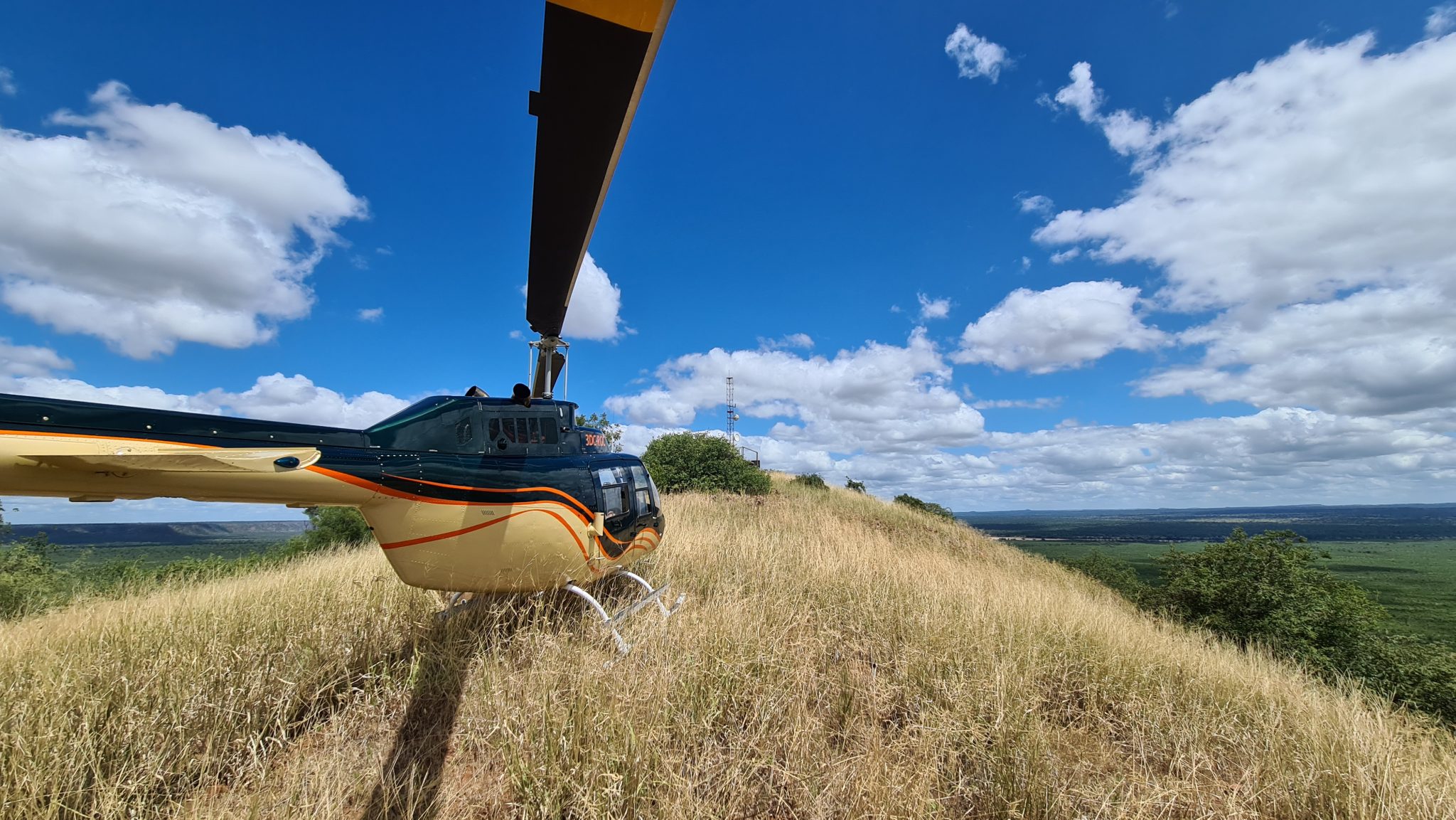 Gonarezhou National Park, located in Zimbabwe’s South-East Lowveld, covers more than 5,000km² of some of the most spectacular scenery. A place of space, big skies, ever-changing landscapes, and the iconic Chilojo Cliffs. Gonarezhou, the Limpopo National Park and Kruger National Park make up what is now known as The Great Limpopo Transfrontier Park, allowing the wildlife in all of these sanctuaries to move freely between them. Established in 2002, all 3 of these Parks form a conservation area covering some 35,000 km², making it one of the largest conservation areas in the world.

Rhinos have been absent from Gonarezhou for nearly three decades. The reintroduction effort in the 1970 failed due to the civil war in neighbouring Mozambique and low levels of security. The large rhino population in Gonarezhou soon became victim of a rampant wave of poaching that swept through Southern Africa in the 1980s. This pressure prevented this first reintroduction from succeeding, and by 1994, all rhinos had disappeared from Gonarezhou.

A second black rhino reintroduction project was launched in 2021. This endeavour was spearheaded by the Gonarezhou Conservation Trust (GCT), a partnership between Rhino Recovery Fund (RRF) grantee, a handful of very loyal and dedicated donors, Frankfurt Zoological Society, and the Zimbabwe Parks and Wildlife Management Authority. GCT spent 12 years bolstering park security and developing an intricate plan to source suitable rhinos from nearby protected areas and relocate them to Gonarezhou. The relocated rhinos originated from the Malilangwe Trust, Bubye Valley Conservancy and Save Vally Conservancy, making it one of the most genetically diverse black rhino populations in Africa. With this reintroduction, Gonarezhou is now home to more black rhinos than any other national park in Zimbabwe. Unfortunately, rhino horn remains valuable, so the threat of poaching will likely always be present, but GCT has taken extraordinary measures to ensure Gonarezhou’s black rhinos are protected. With the Smart Parks system, LoRaWAN® coverage is established in the Intense Protection Zone (IPZ), where these rhinos roam. The new RhinoEdge trackers are currently tested and will soon be implanted in the horns of several rhinos to monitor their locations and enhance their safety. 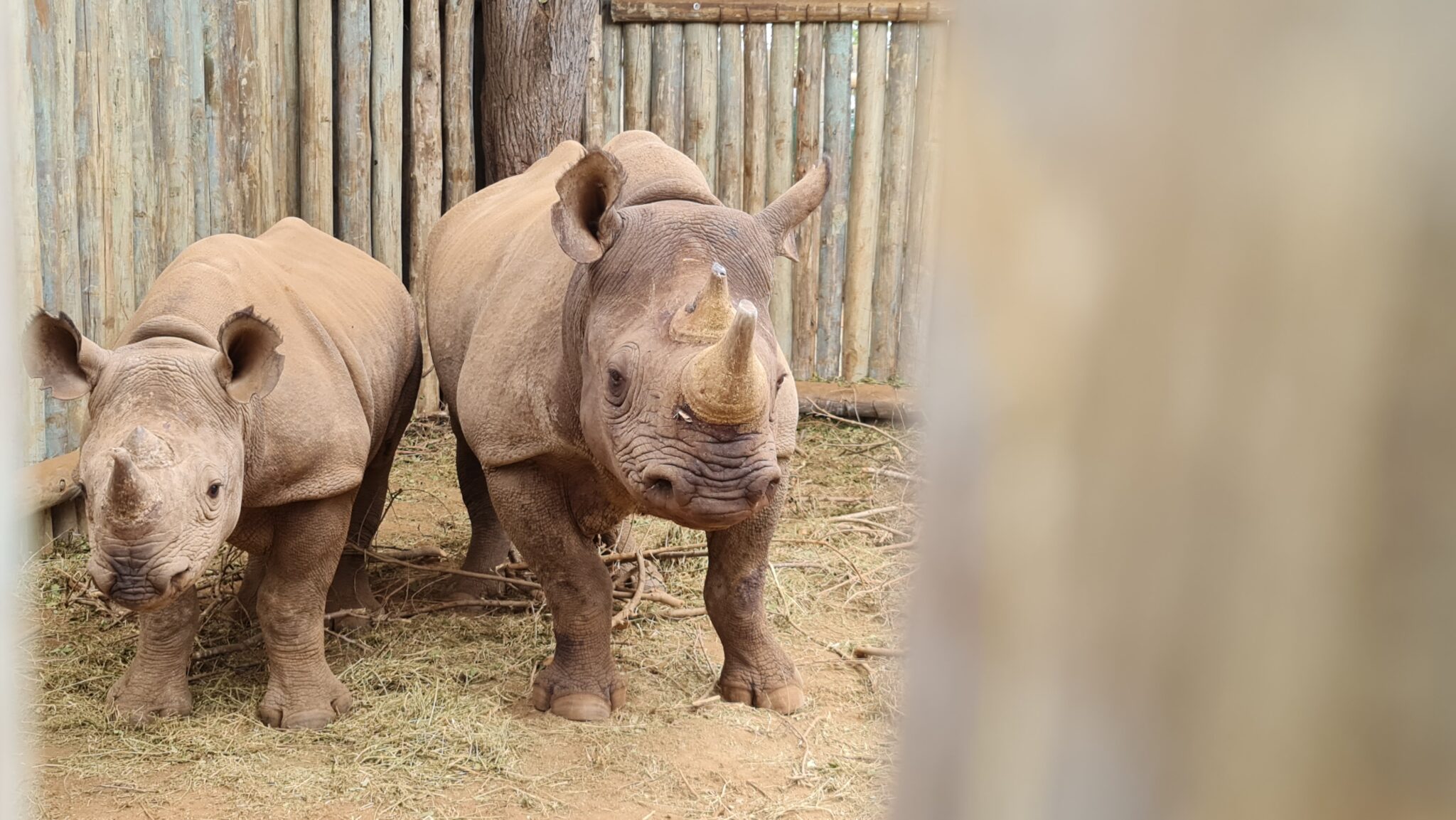 Gonarezhou is home to about 11,000 elephants, hence the Park truly deserves its vernacular name as “place of elephants”. It is therefore not a surprise that the Gonarezhou team wishes to track some of the elephants to monitor their movements and habitat usage. Real time monitoring of elephant movements is key to preserving habitat and the corridors that link areas used by both elephants and other wildlife. Over the long term, tracking data helps build knowledge of elephant ranging behavior. During our visit to Gonarezhou, we were fortunate enough to be able to collar an elephant bull. This was a big milestone as this ElephantEdge tracker was the first to be deployed in the field. 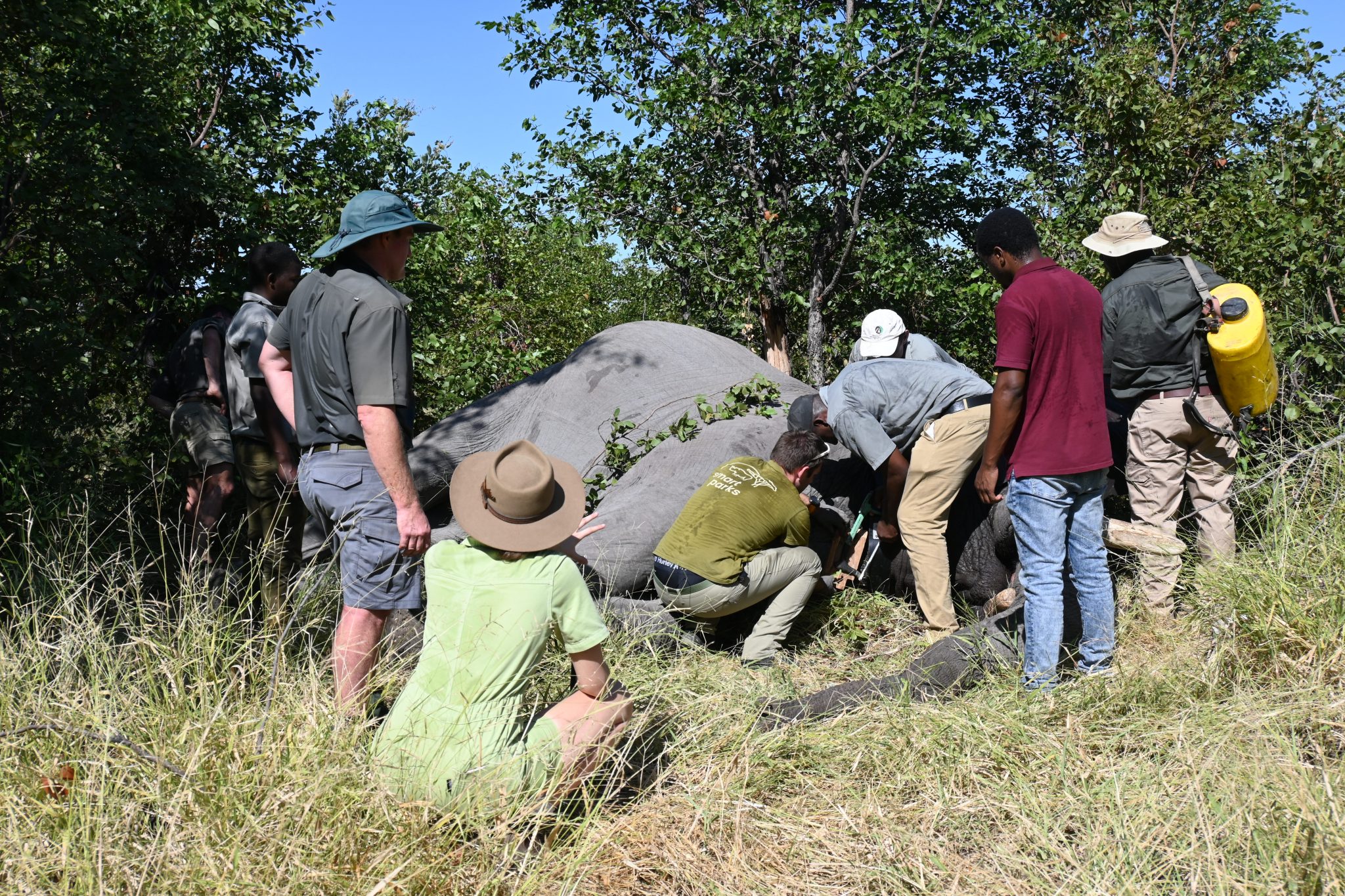 The ElephantEdge tracking collar, one of the devices of the new OpenCollar Edge tracker series, incorporates the latest sensor and connectivity technologies, with the goal to improve the performance of the well-known tracking application, but also to widen the scope of applications and to improve the user-friendliness of these high-tech devices. 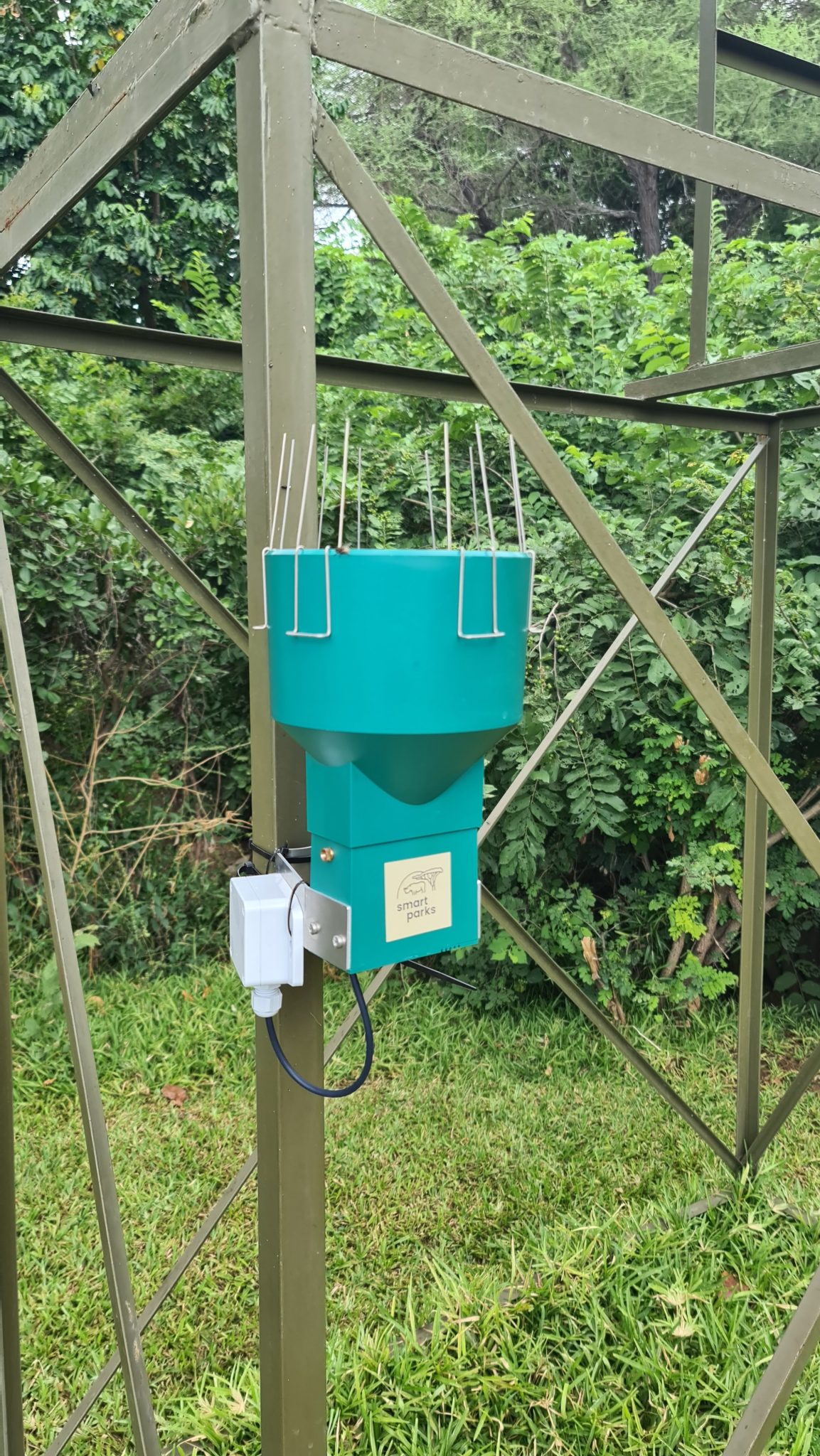 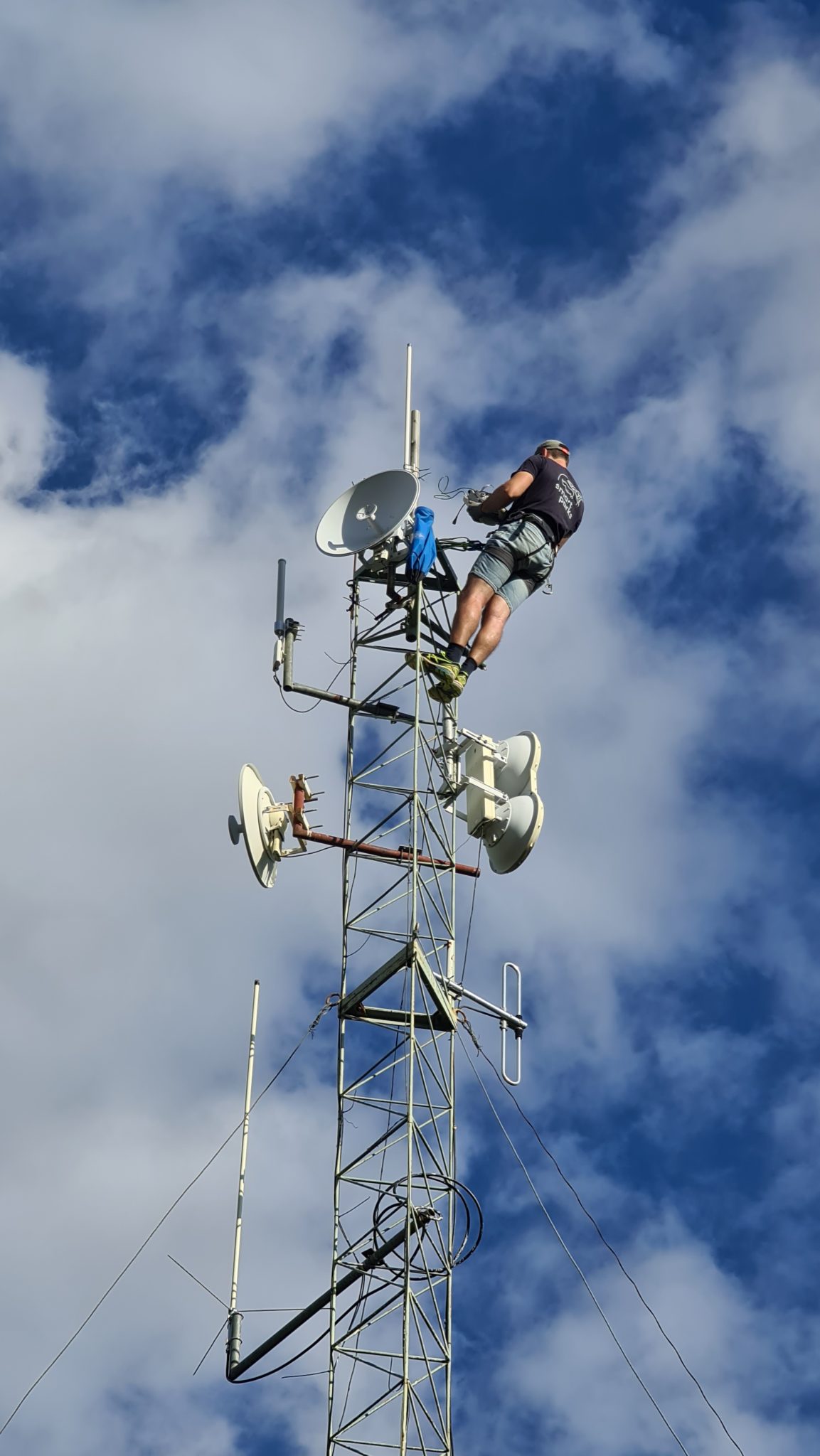 Due to the professional organisation and preparation of the Gonarezhou team, we were able to set up the first three field sites within three days – a field record! This resulted in substantially more time for testing. Twenty RangerEdge trackers were deployed and distributed across the ranger field teams. These tracks, visible in the end-user-application EarthRanger, created suitable coverage and network testing opportunities. In addition to the ElephantEdge and RangerEdge trackers, several RhinoEdge trackers will be deployed later this year. Rain gauge and water probe sensors will provide data on static entities, measuring rainfall and tank water levels. Tracking wildlife, vehicles, rangers and static sensor data will increase situational awareness throughout the park, enhancing security and management efforts. 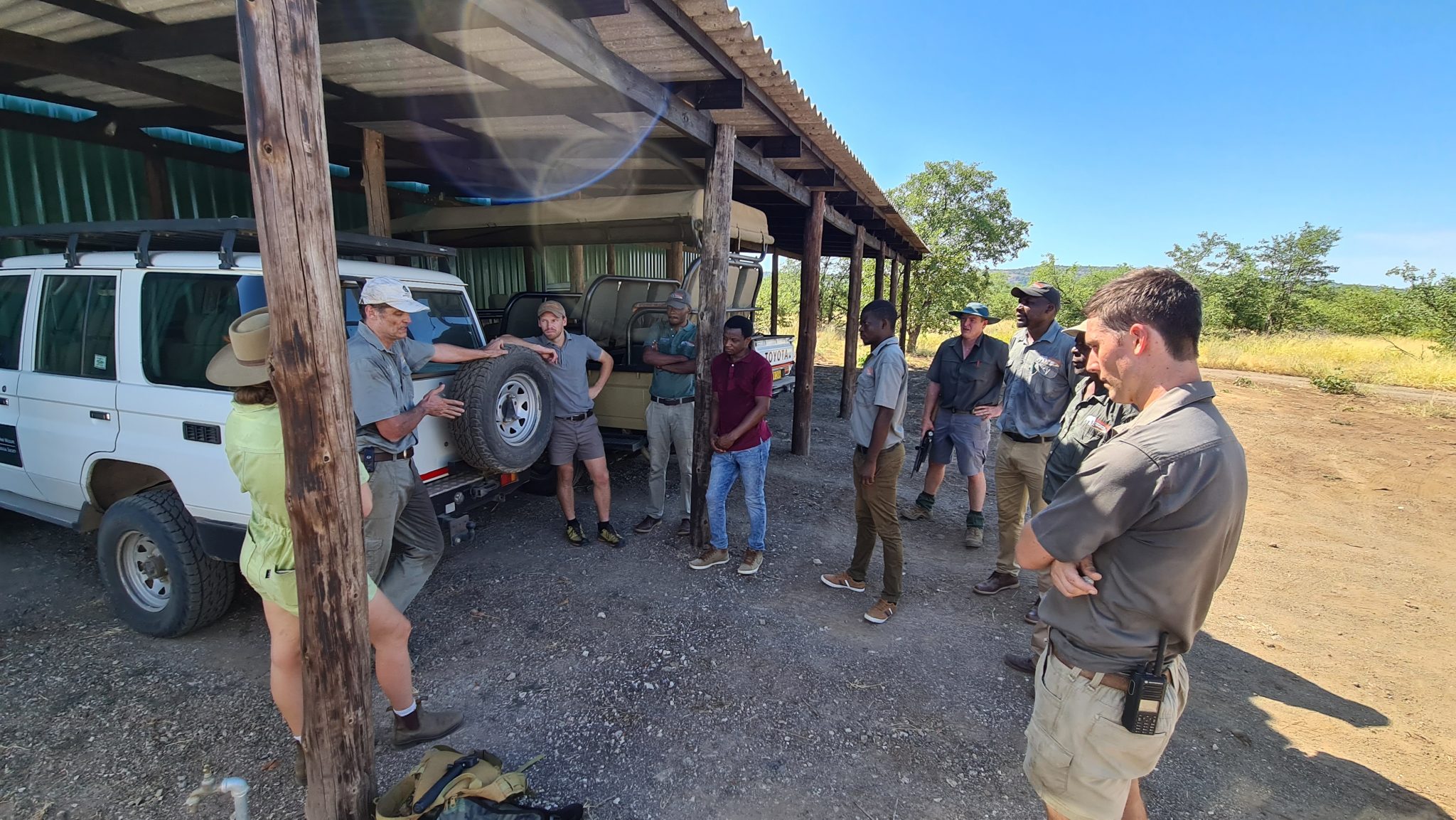 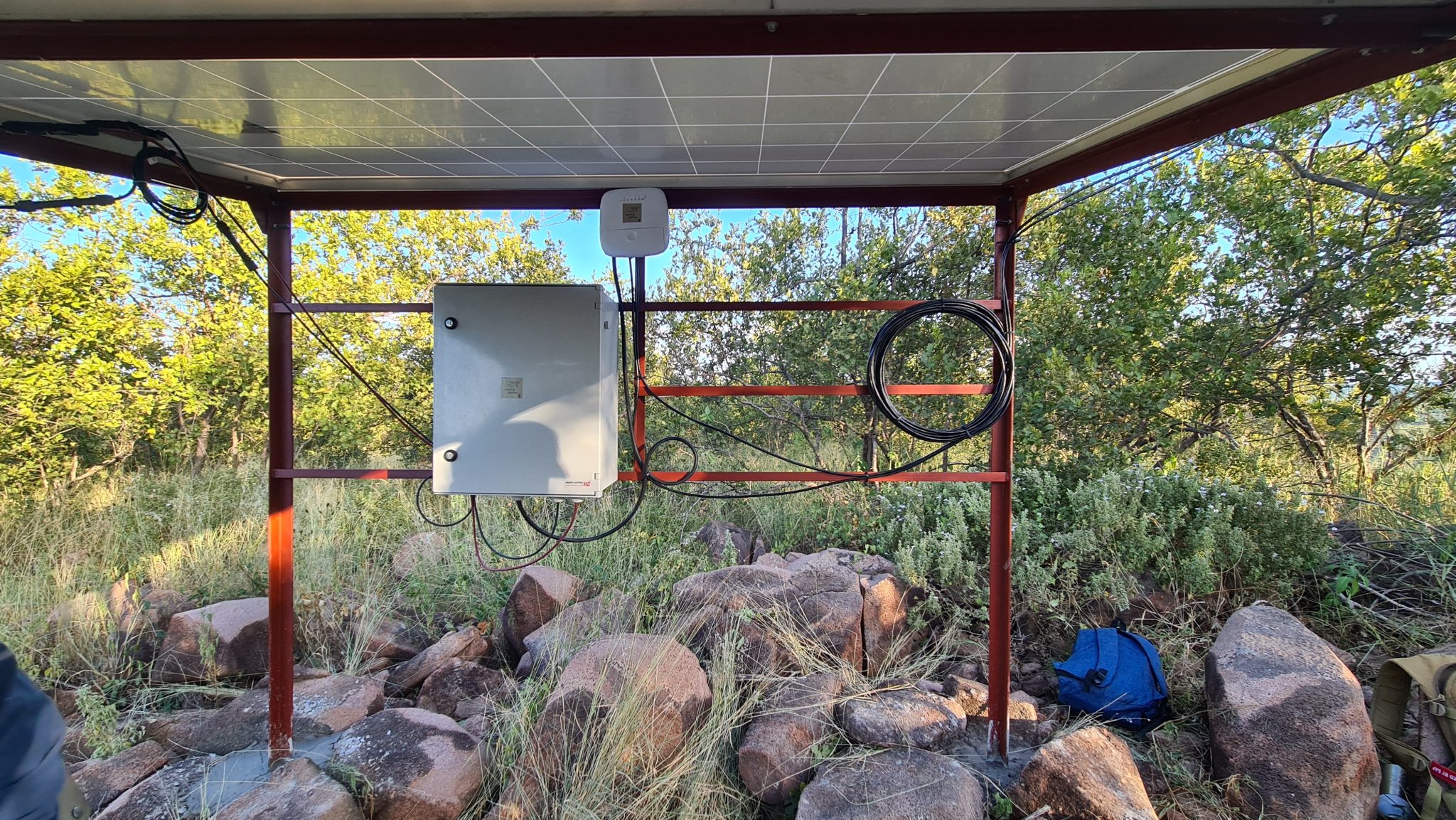 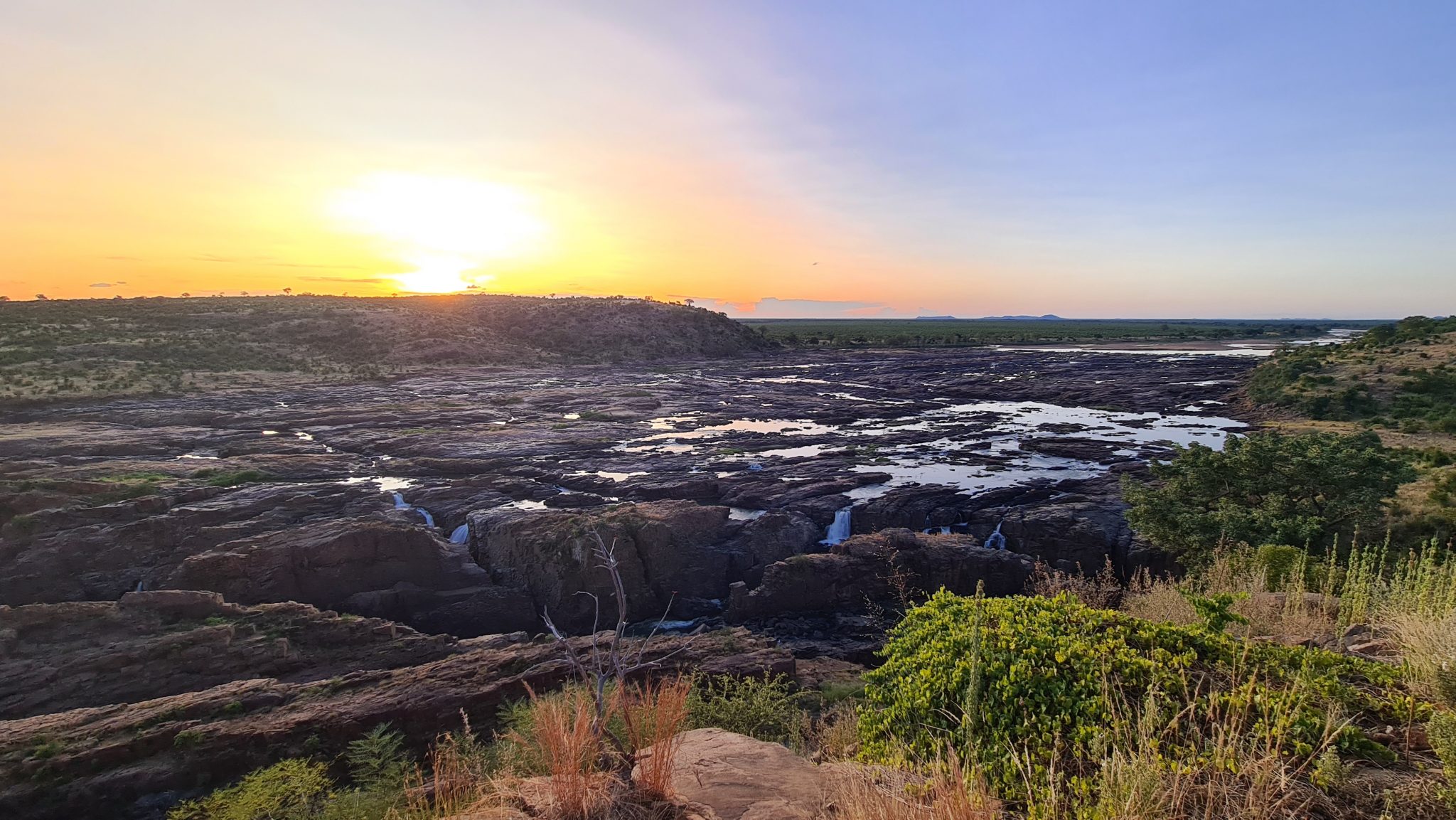 Thank you to the Gonarezhou team and special credits to helicopter Black Betty for getting us around safely – cheers to pilot Josh, you did okay although Betty did all the work.

See the gallery for more footage